Related Software: Originally supplied with the then current version of SMSQ/E on floppy disk plus a disk containing QDOS Classic (v3.25).

Notes: The is a QL compatible main board designed to fit in an AT minitower or desktop computer case and utilising the Motorola 68040 CPU (that's where the '40' comes from). It features an AT keyboard socket, 2x 72pin RAM sockets, 2x 16-bit ISA sockets. Two ROM sockets can contain the SMSQ/E operating system but it can also run a more QL-like version of QDOS as well as a version of Linux. Standard ISA serial and HDD/FDD controller cards provide serial/parallel/joystick and IDE/FDD support. It also has stereo sound and can display 65536 colours. It is powered by a standard Molex connector. Original handbook manual present.

The newest versions of SMSQ/E (later than v3.10) have to be burnt onto the EPROM chips in compressed form, but do work absolutely fine. 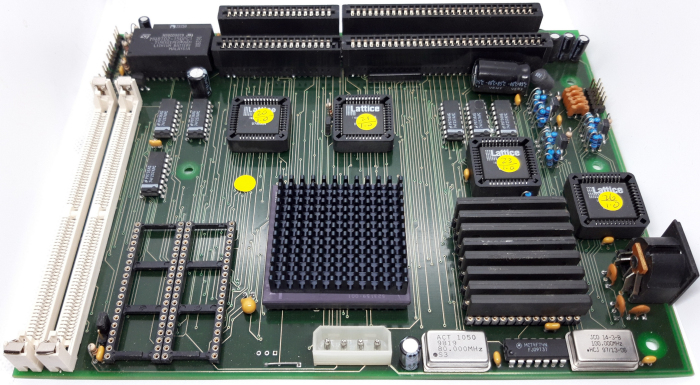