Title: The Dark Side of the Moon

Original Media Name: Both have identical pairs of square brackets as names: [] (the second version seen has 'dark' as the name for both cartridges).

Notes: My version only works with AH, JM, JSU and MG ROMs. The second version examined does support JS ROM, so is assumed to be a later version. See extensive write-up below.

My Copy, with no JS ROM support: 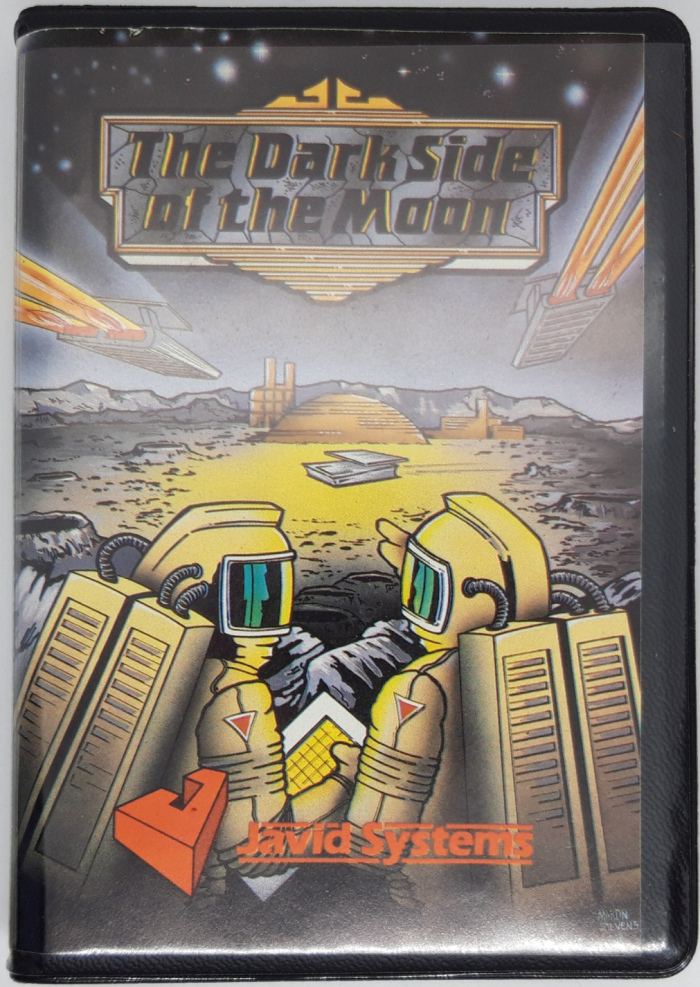 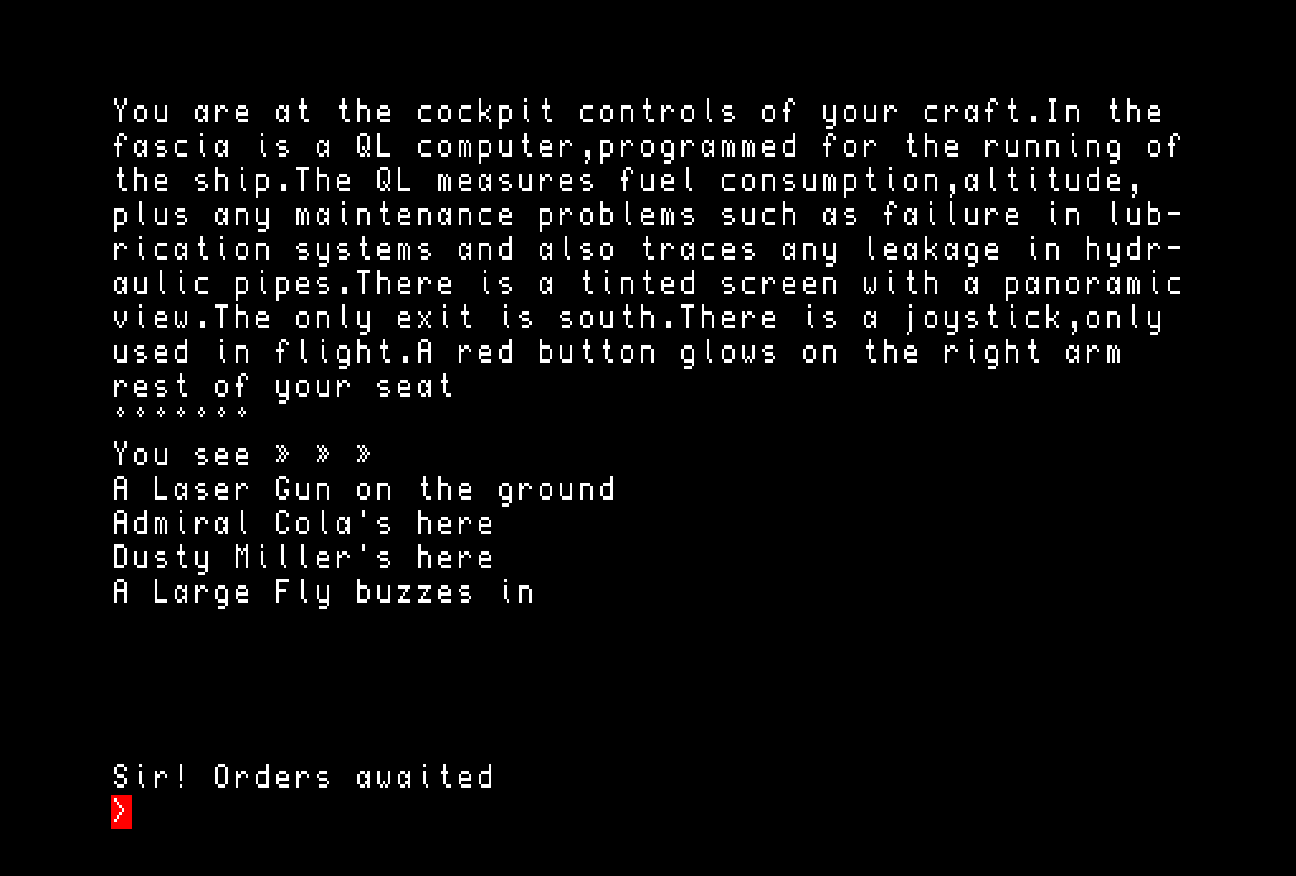 The Dark Side of the Moon Saga:

I like the history and stories behind QL hard/software and this one, unlike most, was pretty well documented, so after I was lucky enough to acquire a copy I explored available related material and this is a summary.

The Dark Side of the Moon was the only game ever produced by Jaspar Taylor and David Colyer. Jaspar (aged 14 at the time) did the programming and David checked that the actual game made sense to play, dealt with the financial side and offered support for the product.

After disappointing sales of just 60 copies for the 12 months up to late 1987 and with hopes of free promotion, they sent a copy to Richard Alexander, the editor of QL Adventurer’s Forum magazine. They may have wished they hadn’t, as Richard didn’t find the finished product very well polished and there were elements of the game that were not clear, including one very important thing concerning capital letters:

“you may find yourself confronted by a command parser that totally ignores every command you type in. Why? Because you have to type everything in capitals, that's why. And does the manual tell you this, does it hell.”

Subsequent issues of QLAF contained other references to DSM, usually involving it being slated by Richard and people who wrote-in, and then David in response, admirably trying to put the record straight and to help out by offering hints at game play.

“I have already bored enough friends and family with the stories of our trials and tribulations during 2 years of preparing this game that I'm now rather drained on the subject.”

“Unfortunately, by the time we were finished, Smith's and Boots were no longer stocking QL software, so the possibility of sales through those outlets was cut off. To get a discount on printing costs of the manuals and colour insert for the cartridge packs, we ordered 2,000 copies to be printed. So far, after over 2 years on the market, we have only sold 160 games worldwide...”

“We tried to give value for money but formed the opinion that there just weren't that many QL users interested in Text Adventure Games. Plus thinking back, we may have made the game too hard, as people tend to lose interest if they can't solve problems and get on to the next bit. I don't know of anyone as yet, who has even reached Phase 3 ...”

The Microdrive cartridges themselves have yellow labels. ‘MASTER 1’ and ‘MASTER 2’ is written on the ends and both have the Javid logo and ‘Javid Systems’ on their larger top label. The actual game title is nowhere to be seen but as this was the only game Javid Systems ever produced, there was no potential to mix them up with other similar cartridges.

Included with the game was an instruction booklet – 12 pages in all – also printed on yellow paper. The booklet is too big to fit inside the plastic box. It can be tucked behind the cover art if you don’t mind stretching the clear plastic a little.

The manual is indeed a bit confusing regarding the CAPITAL LETTERS requirement, but I found that my version is only capable of producing capital letters when typing. This appears to have been done by 'POKE 163976,255' early in the program. The second version that I have encountered does indeed produce lower-case letters when typing - which are ignored when entered.

If the QL it is run on has the early PM or FB ROM the game won't run and a message appears telling the user to return their QL to Sinclair. It does work with ROM versions AH, JM, JSU and MG – anything other than the those (including JS and Minerva) produces the error “NEW ROM-CONTACT ME THROUGH QL WORLD”. Note that a second version encountered does support the JS ROM, in fact it doesn't mind at all what ROM version is installed.

Both my original cartridges are protected, and copies thereof will only run with the original ‘key’ cartridge in mdv2. It’s easy to crack now, with modern technology to examine the files, but I’m sure it would have been harder back in the day.

The passwords for the different phases are also visible within the SuperBasic files, which again, would have been harder to discover in 1986.

Other measures to prevent unauthorised copying (on my own copy) include SuperBasic programs that start with ‘RUN’ and no line numbers and the poke ‘POKE_L 163900,0’ which disables the keyboard.